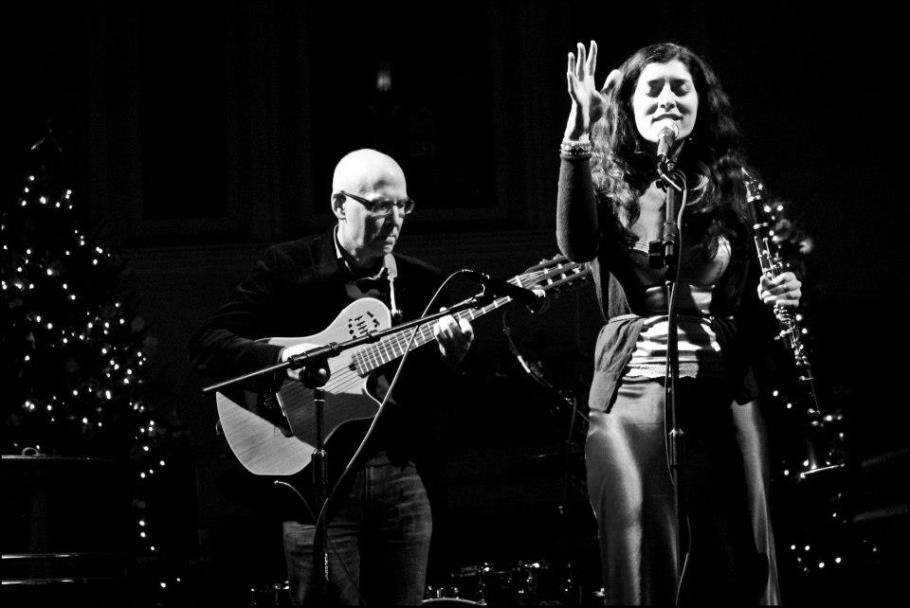 Multifaceted guitarist Joe Ravo and multi-instrumentalist and singer Allison Scola created Villa Palagonia in 2013, an ensemble that calls upon their southern Italian roots and American know-how. Eclectic, acoustic pop brushed with hues of Mediterranean folk is the avenue on which Villa Palagonia perches—yet the side streets and dusty alleyways that these musicians have traveled offer engaging timbres woven together by songs imparting tales of the old world and the new.

Joe Ravo is a versatile guitarist who has performed alongside the likes of Dave Brubeck and Stanley Turrentine and traveled around the world as a cultural ambassador for the US Department of State.

Allison Scola has performed at venues as grand as Shea Stadium and as intimate as her cousin’s patio in Bagheria, Sicily—the ancient Mediterranean town where the namesake Villa Palagonia exists; A place where North, South, East, West, and humanity collide.